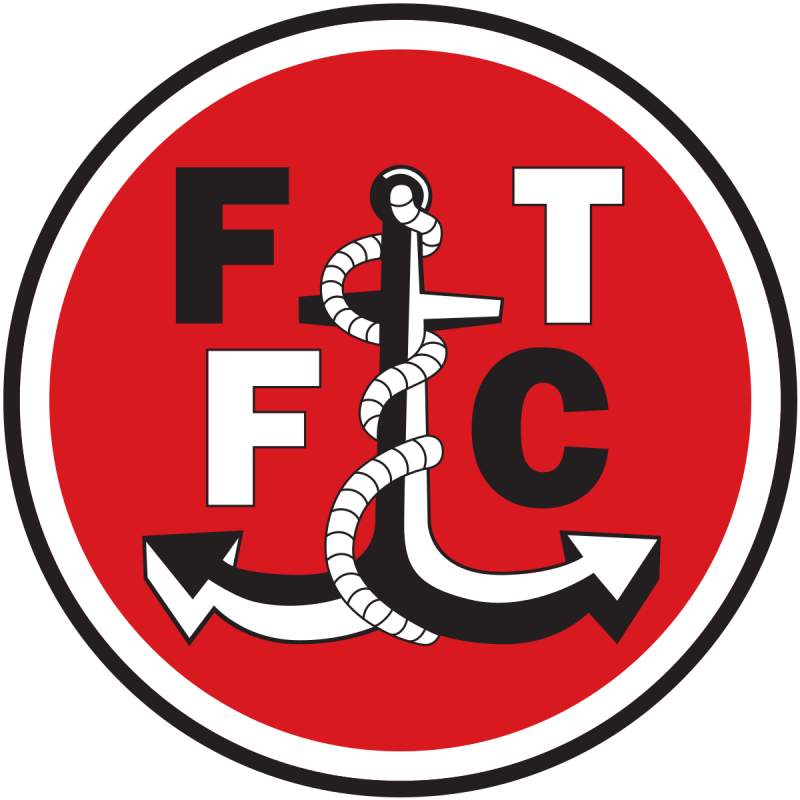 Actual:
7
Target:
7
All wheelchair positions are at pitch level with a seat next to each for a designated carer if required.

Actual:
2
Target:
2
All single-occupancy toilet cubicles specifically named the disabled toilet. All supporter toilets are on a flat surface, excluding the Percy Ronson toilet which has a concrete ramp on entry with ample space and amenities inside. 2 of the ‘home’ toilets are within the hospitality lounge. One is adjacent to the boardroom and is available for both home and away guests of the boardroom to use.

Fleetwood Town do not currently have Audio Commentary available.

Fleetwood Town do not currently have a Sensory room available.

Fleetwood Town do not currently have Hearing Loops available.

The club shop is a very small, limited space but is accessible for all. We have staff who are always more than accommodating but if you require additional support please email Steve.metcalf@fleetwoodtownfc.com

Hospitality packages are available, wheelchair accessibility to the hospitality seats.

Fleetwood Town do not currently have Braille and large print provision available.

Jims Bar is accessible to all supporters

Dietary information is available on request. The kiosks within the Parkside Stand and Highbury Stand are wheelchair accessible and have low counters.

Actual:
2
Target:
2
Home: 1 Away: 1 The club has very limited parking spaces but seeks to accommodate disabled parking space requests wherever possible. However, due to parking obligations for match officials, directors etc this is not always possible and works on a first come first serve basis.

Let us know about your matchday experience at Fleetwood Town to help improve access and inclusion.

This information is provided by Fleetwood Town. Level Playing Field (LPF) cannot be held responsible if the service and provision differs from what is stated here.